As Unique As You Are

If your first name was a song

Get started, enter your first name

How The Song is Created

Musical Names takes each of the 26 letters in the alphabet and assigns them to a musical note.

The letters of a woman's first name are converted into those musical notes. From these notes a 3+ minute melody is composed.

Each Musical Names composition is a true work of art. 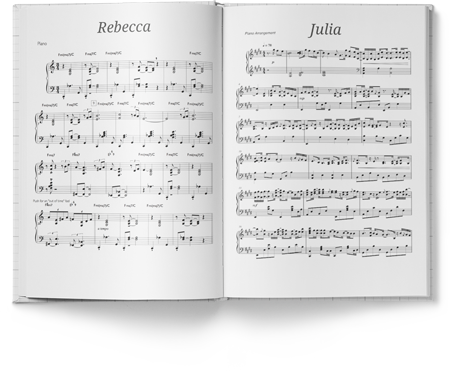 ...I'm blown away by hearing my name set to music with your innovative, healing and spiritual Musical Names! This is so much more than I imagined. My 8-year old son and I fell asleep to the gorgeous melody. Thank you so much.

It's not very often that an original idea comes along. Johnny's musical talent is the gift that keeps on giving. It was really special to me to receive my Musical Name and my daughter's Musical Name. They really touched my soul.

It's obvious, Johnny Harris has tapped into a very special energy with Musical Names. It's like Musical Magic! Suddenly your name is music and your very own music is your name. Johnny, thank you for my Musical Name. I love it! and my manager, Kayla, loves hers too.

My Musical Name is beautiful! I absolutely love it! What a great idea! I have to get one for all of my family and friends.

...a gift unlike any I've received before. Music is magical and when you have something written especially for your own name, it certainly makes you feel special. I've listened to it over and over and my friends are still talking about it.

It's a truly original idea and a great gift for women. It's just a fantastic product.

What a unique idea! When Johnny Harris presented the CD to me, I had no idea how beautiful the music would be. Anyone who receives their name set to music will be delighted. And imagine the lifelong gift to any baby girl, her very own theme.

Johnny Harris is a dear friend who has worked with me many times in my career as my Arranger and Producer. He gave me my Musical Name. It was wonderful. I absolutely loved it. To have your name set to music is the ultimate personal gift.

..one of the most romantic gifts I have ever received. Even a little overwhelming to think that ones own name could be immortalized in music. You are amazingly creative.

Leave it to the great Johnny Harris to come up with a whole new musical concept! When I was in his studio with my brothers, he gave our wives their Musial Names. My wife, Debbie, was completely charmed when she heard her music. Frankly, so was I. What a fabulous idea... and what beautiful music!

...when we heard it, we were blown away! We were so taken with the beautiful melody and full orchestration, I knew I had to play it on my radio show. Needless to say, the listeners were calling from all over the Country to order their own Musical Names. The response was extraordinary! Thank you, Johnny, for the Music and the Memory.

- Peter Marshall,
Singer, Dancer, Actor of Broadway & London Stage, Film and Television.
Host of "The Hollywood Squares" for nearly 2 decades. Weekly radio show Host on "The Music of Your Life"

In my career I have worked with many wonderful composers, conductors and arrangers, and Johnny Harris is one of the best. His idea to use letters of names for orchestral composition is brilliant. I find all of them absolutely beautiful and very moving. 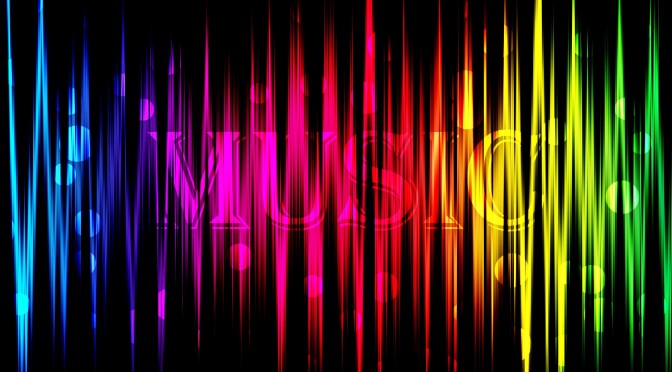 If you need to send a card to someone for a special occasion, it can be difficult to pinpoint one single one. In addition, the cards are often just a piece of paper with words on them, right? Sending a musical e-card is a great way to give someone a cool animation, music they can Read More…

Tips for Choosing a Personalized Gift for a Special Occasion

When it comes to getting someone a personalized gift, you want to be sure that get them something really thoughtful and meaningful. These gifts are especially great for special occasions when you want to really show you care. If you are looking to buy a gift for a woman, here are some tips to keep Read More…

How Often Should I Send E-Cards?

If you are looking for a convenient way to show someone you care, an ecard is a great way to do it. Since most people rely on their email and the Internet to connect with others, an ecard beats sending paper mail any day. Sometimes, people wonder how often they can or should send an Read More… 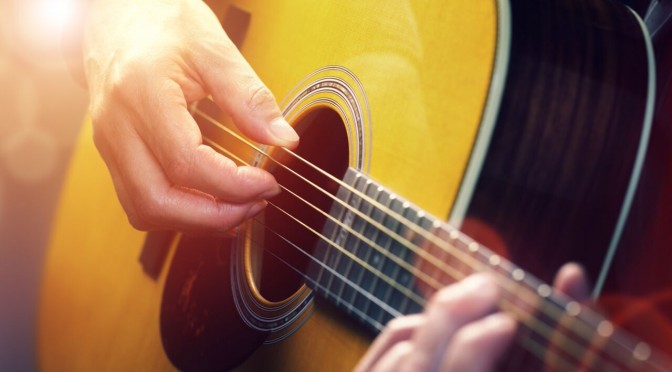 How far to Plan Ahead for a Personalized Music Gift

If you are looking for the perfect gift to send to someone, consider a musical gift. These gifts are ideal and many people enjoy opening up something and hearing their favorite tunes. If you have never experienced a musical gift, take some time to look around and try them out for yourself. This way, you Read More…